I think most of you know that our first son, Rhys, was born very prematurely and as a result is deaf and has cerebral palsy which make his legs quite stiff. 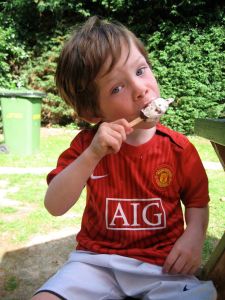 Though only given a 50/50 chance of walking at birth Rhys has overcome those odds and aged 3 began to walk. For Rhys though walking distances is still difficult, he falls a lot, stairs are a problem, riding a scooter too intricate and jumping impossible – primarily because his Cerebral Palsy makes his legs so stiff – have a look at this video clip of Rhys.

However, there is an operation called Selective Dorsal Rhizotomy, where some of the sensory nerves in the spinal cord are cut, which will permanently reduce his stiffness.

According to Dr Park, who pioneered the procedure in America, Rhys will be able to walk unaided in all environments, his in-toeing will reduce and he will walk with flat fleet enabling him to take part in recreational sport. 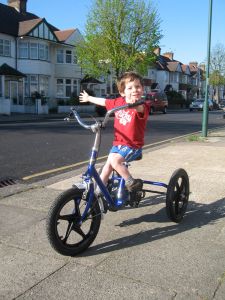 It’s not an instantaneous fix though, Rhys will then need intensive physiotherapy for up to 2 years following SDR. Unfortunately the operation is very expensive so we are hoping to raise in the region of £50,000 to travel to St Louis for surgery in June 2012.

The charity ‘Tree Of Hope’ are helping us with the fund raising and will look after the money ensuring it can only be used for us to travel to America for Rhys’ surgery and the rehabiliation.